My question is for the Minister of Women’s Rights, spokesperson of the Government.

Minister, the President will make his first official visit to China on 25 and 26 April. We do not yet have a specific agenda, but it seems that this visit is aimed at boosting trade relations between our two countries.

Indeed, these are important issues. However, they should not overshadow others, especially those that relate to respect for civil liberties and human rights, to which our country has always been deeply committed.

In this respect, and without reducing the question of freedoms in China to this point alone, the current situation in Tibet is of particular concern.

Since February 2009, 112 Tibetans set themselves on fire to protest against gross violations of human rights in Tibet. This death count changes every day unfortunately. It reflects the utter despair of a people who refuse to see their culture and future annihilated.

For many months, access to this area is totally closed to foreigners, whether diplomats, humanitarian organizations, journalists and ordinary travelers.

Worried about this situation, the Senate, on the initiative of the Information Group on Tibet, adopted on 27 November a European resolution on EU action in favor of the rights of Tibetans.

This resolution puts particular emphasis on the disproportionate use of force against the protests in Tibet and the current impasse in the talks between the Chinese government and envoys of the Dalai Lama. It asks the High Representative of Foreign Affairs and Security Policy, EU to entrust the Special Representative off Human Rights, Mr Lambrinidis, a mandate to make the Tibetan issue a priority of his actions.

France is not alone in being worried about the situation in Tibet. Several other countries have also passed similar resolutions.

This week, during an official visit to China, the Australian Prime Minister did not fail to express to the President Xi Jinping her deep concern regarding respect for human rights in China, and particularly in Tibet.

Minister, my question is on three specific points.

First, does the President of the Republic also intend to discuss with his Chinese counterpart, the issue of human rights in China and in Tibet?

Second, is the President is it favorable to European mediation, as proposed by the Senate in the said Resolution?

Thirdly, will the President of the Republic, in the near future, plan to receive the Dalai Lama in France or, at least, Mr Lobsang Sangay, Prime Minister of the Tibetan government in exile?

Senator, I apologize that Laurent Fabius, is attending the meeting of Foreign Ministers of the G8 in London.

You are right, the wave of immolation observed since the spring of 2011 in the regions inhabited by Tibetans in China causes throughout the world, emotion and sadness.

In this context, France has expressed publicly its deep concern at these developments, and to recall its commitment to respect for human rights, freedom of religion, freedom of belief as well as the preservation of Tibetan culture and traditions.

Senator in this field, the position of France is consistent. We believe that the dialogue between the Chinese authorities and the Dalai Lama is the way to achieve a lasting solution that fully respects the cultural and spiritual identity of the Tibetans, and being part of the People’s Republic of China.

The upcoming visit of the President to China will be an opportunity to strengthen our dialogue and partnership in all areas. This partnership is global, it does not forget any subject, it covers all topics of common interest, and it goes without saying that human rights are an integral part. In this context, no subject is excluded, all issues will be addressed in a spirit of openness and mutual respect.

The situation of human rights in China, especially in its Tibetan dimension, is regularly mentioned by the institutions of the European Union, as well as all Member States. The European Union is also has a Special Representative for Human Rights.

Moreover, the situation in Tibet is mentioned during each session of EU-China dialogue on human rights. We will continue our work, we are determined to do so, together with our European partners.

Finally, for the moment, we have no knowledge of a planned visit by the Dalai Lama in France. 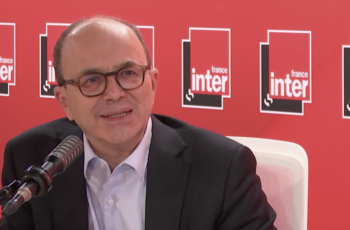 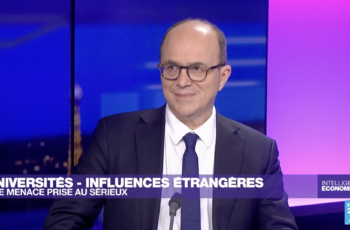 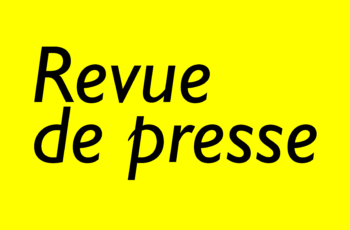